They were high on happiness. They were high on togetherness. Spending a moment without each other was somehow difficult for them. They complemented each other like the heat of summer and cold of winter. Their love had madness and calmness. Their faith in each other was unmovable. They equally loved video games and romantic love stories.
They often used to see their individual reflections in one another. It was almost like looking into the mirror. 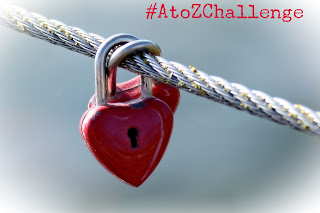 Their love was one of its own kind, not the one which is usually found in fairy-tales. Their love was special and this world could not understand the unfamiliarity completely. But, they were least bothered.
He was his heartbeats and He was his only oxygen. They were,  totally love-locked with each other, living their happily-ever-after.