We all have heard Cinderella’s story a lot of times but I feel it’s the need of the hour that the story should change.  Don’t you think so? Well, let me explain.
I feel it’s important to read and hear stories but the kind of stories which fill your mind, heart and soul with inspiration and motivation. This is a children story, a kind of story which every parent (well, if they believe in story-telling) narrates to his/her child, and if you are still thinking why I am fussing over it, read the beginning of this sentence again!
Stories that are told to children are very critical and important part of their lives because they believe what they hear and see.
The story mentions that physical beauty is of importance and it is important for a girl to look beautiful. Again only for the girl, no mentions of princes’ handsomeness. Truth be told, it is the inner beauty of your soul which makes you glow and shine.
I wonder Cinderella should had just woman-up and stopped being the damsel in distress. Why had she to be wretched, crying on her situation? Why had she to wait for her knight in shining armour to be her saviour? Can you imagine what a little child would learn from this story?
Basically, we are feeding on a  phenomenon over generations that it is ‘ok’ for girls to wait for someone else to come to their rescue because they are just not enough for themselves and that is why I feel, story is doing no good.
I see a lot of Cinderella and  their princes around me who believe that girls are just not enough for themselves because they were always told so.

My version of Cinderella’s story

Once upon a time, there was a girl Cinderella, living with her parents and two sisters. Her step-mother was not very nice to her. She used to treat her badly but Cinderella was a focused girl and she did not let her motivation stumble. One day she was feeling very low and then a fairy godmother appeared and asked, “Don’t be a sad child! How can  I help you?”.
“Bless me so I don’t get away with my focus and motivation”, said Cinderella.
After continuous efforts, her hard-work paid and she finally got a job which paid her enough money to survive. Cinderella stood for herself and got herself out from her step-mother’s torture. 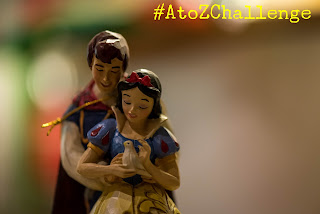 She gained a lot of wisdom and confidence in her life journey which made her shine in all respect. Later down the line, she met a man who believed in her because she believed in herself. They fell in love, got married and spent their remaining lives together.